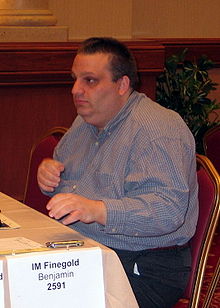 Finegold was born into a chess family and became a USCF Master at the age of 14. He became a Life Master at 15, Senior Master at 16, and International Master at 20.

In September 2009 he earned the Grandmaster title. He was the Grandmaster-in-residence of the Chess Club and Scholastic Center of Saint Louis until August 14, 2012.