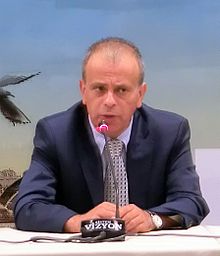 Ali Nihat Yazıcı at the Chess Olympiad 2012 in Istanbul

Yazıcı is a FIDE International Arbiter and was elected as president to the Turkish Chess Federation as of 18 November 2000.