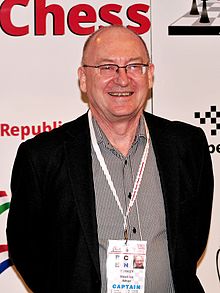 He became a Grandmaster in 1978, shared first place at the Nikolaev tournament in 1983, and was second at Hastings in 1985-86. Vice President of Ukrainian Chess Federation 1998-2001. Speaks Ukrainian, Russian, Polish, Serbo-Croatian, Slovenian, English and German languages.

He is currently coaching the Women's Team in Turkey.