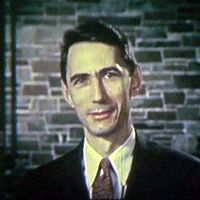 The Shannon number, named after Claude Shannon, is an estimated lower bound on the game-tree complexity of chess of 10120, based on about 103 initial moves for White and Black and a typical game lasting about 40 pairs of moves. Shannon calculated it as an aside in his 1950 paper "Programming a Computer for Playing Chess". (This influential paper introduced the field of computer chess.)

Shannon also estimated the number of possible positions, "of the general order of

, or roughly 1043". This includes some illegal positions (e.g., pawns on the first rank, both kings in check) and excludes legal positions following captures and promotions. Taking these into account, Victor Allis calculated an upper bound of 5x1052 for the number of positions, and estimated the true number to be about 1050. Recent results improve that estimate, by proving an upper bound of only 2155, which is less than 1046.7 and showing an upper bound 2x1040 in the absence of promotions. Mathematician James Grime estimates that there are 1040 possible "sensible" games.

Allis also estimated the game-tree complexity to be at least 10123, "based on an average branching factor of 35 and an average game length of 80". As a comparison, the number of atoms in the observable universe, to which it is often compared, is estimated to be between 4x1079 and 4x1081.