Jan Timman (born 14 December 1951) is a Dutch chess Grandmaster who was one of the world's leading players from the late 1970s to the early 1990s. At the peak of his career he was considered to be the best non-Soviet player and was known as "The Best of the West". He has won the Dutch Chess Championship nine times and has been a Candidate for the World Championship several times. He lost the title match of the 1993 FIDE World Championship against Anatoly Karpov.

Jan is the son of mathematics professor Rein Timman and his wife Anneke. Timman was an outstanding prospect in his early teens, and at Jerusalem 1967 played in the World Junior Championship, aged fifteen, finishing third.

He received the International Master title in 1971, and in 1974 attained Grandmaster status, making him the Netherlands' third after Max Euwe and Jan Hein Donner. In the same year he won the Dutch Championship for the first time, having finished second in 1972. He was to win it again on many more occasions through 1996. His first notable international success was at Hastings 1973/74, where he shared victory with Tal, Kuzmin, and Szabó. A string of victories quickly followed at Sombor 1974 (with Boris Gulko), Netanya 1975, Reykjavík 1976 (with Fridrik Olafsson), Amsterdam IBM 1978, Nikšić 1978, and Bled/Portorož 1979.

By 1982 Timman was ranked second in the world, behind only Anatoly Karpov. In the 1980s he won a number of very strong tournaments, including Amsterdam IBM in 1981, Wijk aan Zee 1981, and 1985, Linares 1988, the 1989 Euwe Memorial, and the 1989 World Cup tournament in Rotterdam. Other major successes included Las Palmas 1981, Mar del Plata 1982, Bugojno 1984, and Sarajevo 1984. One of his notable later successes was the 2nd Immopar Rapid Tournament in 1991, a weekend event which attracted a huge amount of prize money. In this knock-out format tournament he defeated Gata Kamsky 1½-½, Karpov 2-0, Viswanathan Anand 1½-½, and finally the World Champion Garry Kasparov 1½-½ to win the first prize of approximately 75,000 USD. His performance was equivalent to an Elo rating of 2950.

Timman's world championship career began at the zonal tournaments at Forssa/Helsinki 1972 and Reykjavík 1975. He failed to qualify for the next stage on both occasions. However his win at Amsterdam 1978 took him to his first interzonal tournament at Rio de Janeiro, where he failed to progress further. He finished in the middle of the field at the 1982 Las Palmas Interzonal, but won the Taxco 1985 Interzonal convincingly to qualify for the Candidates Matches for the first time. However, he lost in the first round to Artur Yusupov in 1986. In the next cycle, after winning the 1987 Tilburg Interzonal he defeated Valery Salov, Lajos Portisch, and Jonathan Speelman, but lost in the final to Anatoly Karpov in 1990. He reached the final round once again in 1993, having defeated Robert Hübner, Viktor Korchnoi, and Yusupov, but lost this time to Nigel Short. However, after Short and Garry Kasparov played their World Championship match outside of the auspices of the sport's governing body FIDE, Timman was invited to compete against Karpov for the FIDE version of the world title. He lost the match by 12½ points to 8½. 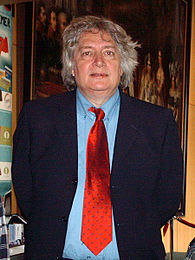 Timman represented the Netherlands in 13 Chess Olympiads from 1972 to 2004, playing on the top board on 11 occasions. In 1976 he won the gold medal for the best individual performance on that board.

Timman continues to play actively. In 2004 he placed equal first in a tournament in Reykjavík and was equal second at Amsterdam. He played in the gold medal-winning Dutch team at the European Team Chess Championships in Gothenburg in 2005, alongside Loek van Wely, Ivan Sokolov, Sergei Tiviakov, and Erik van den Doel. In 2006 he won the Sigeman Tournament in Malmö Sweden and was second in the Howard Staunton Memorial in London.

Timman is one of the chief editors of the magazine New In Chess. His book The Art of Chess Analysis (ISBN 1-85744-179-6) is widely considered one of the modern classics of chess literature. His other books include Timman's Selected Games (1995), Fischer, World Champion! (2002), an account of the 1972 World Championship, and Curaçao 1962: The Battle of Minds That Shook the Chess World (2007), which covers the 1962 Candidates Tournament and The Art of the Endgame (My journeys in the Magical World Endgame Studies) (2011).

Raymond Keene described Timman's playing style as that of "a fighter, in the mould of Emanuel Lasker".

He has always adopted a wide and varied opening repertoire, playing an array of different systems as both White and Black. When he first reached the world class level in the 1970s, this was relatively unusual, with most elite grandmasters deploying a more narrowly focused range of openings, but it is now the norm.

This game, played between Timman and Garry Kasparov in Hilversum on 17 December 1985, is a good example of Timman's style:

At this point, Timman finds a game-ending combination.

Kasparov cannot hang on to his queen.

Timman married twice, with a son and a daughter from the first marriage.