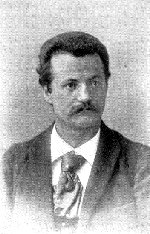 A businessman who learned the game in 1884, he soon distinguished himself in local tournaments. He took part in the Italian National Tournament at Turin 1892, coming second behind Torre. Vergani finished 22nd and last at the Hastings 1895 with 3/21.

The chess club Beniamino Vergani, in Montebelluna, is dedicated to his memory. One of the strongest Italian youth chess movements today is built around this club.