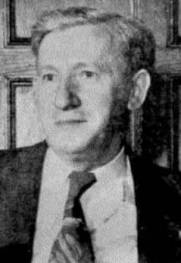 Abraham Kupchik was born into a Jewish family in Brest (then Russian Empire, now Belarus). His family emigrated to the USA in 1903.

He was an accountant by profession.

Kupchik played for the US team in the 6th Chess Olympiad at Warsaw 1935. He scored (+6 -0 =8) on third board, and won the individual bronze medal and team gold medal. He played on Board 9 in the 1945 USSR-USA radio match, losing ½-1½ to Vladimir Makogonov.