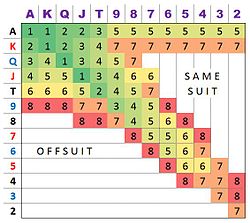 Sklansky was born and raised in Teaneck, New Jersey, where he graduated from Teaneck High School in 1966. He attended the University of Pennsylvania, but left before graduation. He returned to Teaneck and passed multiple Society of Actuaries exams by the time he was 20, and worked for an actuarial firm.

Sklansky is generally considered a top authority on gambling. He has written many books on poker, blackjack, and general gambling.

Sklansky attended the Wharton School of Business at the University of Pennsylvania for a year before leaving to become a professional gambler. He briefly took on a job as an actuary before embarking into poker. While on the job he discovered a faster way to do some of the calculations and took that discovery to his boss. The boss told him he could go ahead and do it that way if he wanted but wouldn’t pass on the information to the other workers. "In other words, I knew something no one else knew, but I got no recognition for it," Sklansky is quoted as saying in Al Alvarez's The Biggest Game in Town. "In poker, if you're better than anyone else, you make immediate money. If there's something I know about the game that the other person doesn't, and if he's not willing to learn or can't understand, then I take his money."

Sklansky has authored or co-authored 13 books on gambling theory and poker. His books are published by Two Plus Two Publishing. His book cover art often features hand guns. His 1976 book Hold'em Poker was the first book widely available on the subject.