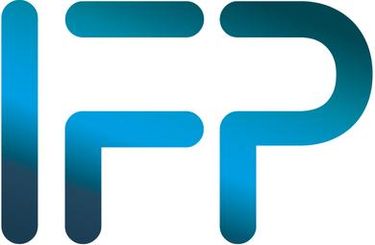 The International Federation of Poker (IFP) is a non-profit organization whose stated purpose is to "serve as the global governing body for poker". IFP is incorporated as a legal entity pursuant to articles 60 to 79 of the Swiss Civil Code and is headquartered in Lausanne, Switzerland.

IFP was founded in Lausanne on April 29, 2009. IFP is structured as an International Sports Federation and is recognized by the Court of Arbitration for Sport.

The goals of IFP are to promote the development of poker worldwide and to secure its recognition as a Mind Sport based on strategic skill, played without any discrimination of race, sex and creed. IFP also seeks to assist its national Member Federations in securing legislation that gives players the right to play poker safely and legally, both online and in bricks & mortar establishments.

Poker’s recognition as a ‘Mind Sport’

As part of the first UK Mind Sports Festival, IFP hosted its inaugural tournaments in November, 2011, in London’s County Hall: the IFP Duplicate Poker Nations Cup (now Match Poker Nations Cup), a team event contested by IFP’s Member Federations, and the IFP World Poker Championship, also called ‘The Table’, in which individual players compete for the title of World Champion. The only organisation to mount international tournaments using Duplicate Poker, in its own version known as Match Poker, IFP staged the opening hands of the 2011 IFP Nations Cup in the capsules of the London Eye.

Membership of IFP consists of National Poker Associations and Federations from around the world. The IFP currently has 43 national Member Federations including the original seven Member Nations.

The seven founding Member Nations of IFP, which today form the nucleus of its Executive Board, are:

Additional national Member Federations that have joined IFP since its foundation include:

The supreme authority of IFP is the Congress, the assembly of all the members of IFP on a one-country-one-vote system. Congress meets once a year. The Executive Board of IFP is elected by Congress for a period of three years and is the managing body of IFP. The Board elects a President from among its members for a term of four years, which can be renewed. IFP's first president was Anthony Holden.

IFP's President and Executive Board take counsel, at their discretion, from an Advisory Board of poker luminaries including, among others, Al Alvarez, Doyle Brunson, Humberto Brenes, Gus Hansen, Mel Judah, James McManus and Tom McEvoy.

IFP established its own publishing imprint in association with Limehouse Books in November 2011. Its first title, published in August 2012, was The Rules of Poker, edited by David Flusfeder, chairman of IFP's Rules Committee.