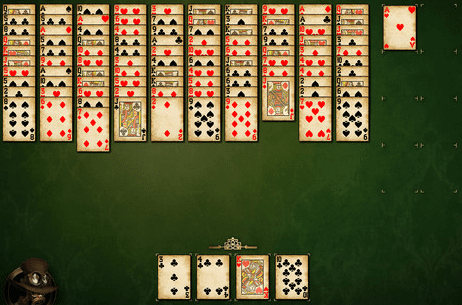 PatienceMax is a card game. It is a variant of solitaire. It is played by a single player. This game is played with 2 full decks of playing cards.

Each game, the cards are shuffled and laid out face up in 10 columns, each consisting of 10 cards. the 4 remaining cards are in your hand.

The goal is to get all kings at the top of a column.

to reach the goal of the game, you may move cards from one column to another.

there are also 8 piles located beside the columns of cards. you may move the lowest card from a column to such a pile. the rules for this are more or less the opposite from above: